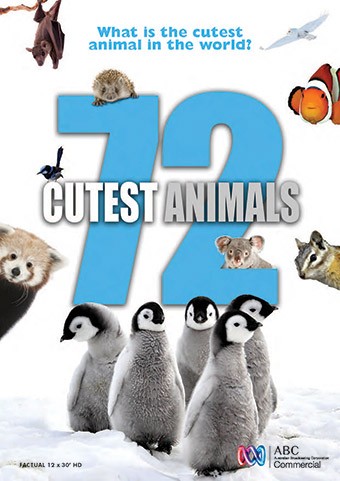 Journey with animal lovers and experts as they countdown the world’s 72 Cutest Animals in this visually stunning and charming documentary series that examines the science behind being ‘cute’.

With the help of expert analysis and accounts from the people who know them best, each cuddly critter is fully assessed on its cuteness and ranked on a sliding scale to eventually uncover the cutest animal in the world.

Every loveable contender’s profile is backed with incredible wildlife footage and a detailed scientific exploration of what makes them so endearing, with everything from their looks, to their behaviour to their relationship with humans taken into account in their final ranking.

From the Ring-tailed Lemur to the Rockhopper Penguin, who will be number one?